Granada is a city full of life and light. At Christmas, the spirit of joy from those days makes us forget the winter and invites us to discover the traditions of the city of that time: music and flamenco performances, the most traditional cuisine… Besides the visit to the Alhambra, which is absolutely a must, as well as to other places in the city, Granada offers a wide variety of activities in that moment of the year.

Flamenco performance at Christmas in Granada

As well as in many other cities in Spain, it is very common to see groups of children or adults singing to cover with music and Christmas carols the atmosphere of the streets at Christmas. There is also a specific performance known as ‘zambombá’ -in Spanish, a zambomba is a type of rustic drum typical from Christmas instrumental music- where some groups of friends meet on the streets or private clubs in the Albaicín neighborhood in order to sing flamenco Christmas carols and, in a nutshell, to have a good time with both the Christmas spirit and the musical tradition in Andalusia.

From early December until 6th January, at the surrounding area of the Cathedral it takes place the traditional Christmas market where we will find handmade products from many different materials as leather, wood, ceramic, silver, etc., as well as many sweets and gastronomy specialties. Besides that we will also find the traditional figures for the Nativity scene as well as many accessories for all those who want to set a replica of this scene at home.
Dates: from 1st December to 6th January. Closing days: 25th December and 1st January.
Place: Bib-Rambla square, Pasiegas square, Puerta Real and Humilladero square.
Opening hours: from 11 am to 2 pm, and from 5 pm to 9:30 pm.

One of the best things of Christmas time is likely to be food. Those days are the ideal pretext to enjoy a great meal with the family or friends, preparing delicious things and allowing yourself to take some culinary excesses. Precisely in Granada the thing is about to take some sugar excess, as at Christmas we are not short of artisan cakes and sweets from the convents and monasteries in the city, where we can directly buy them or, in many cases, order them since early November. 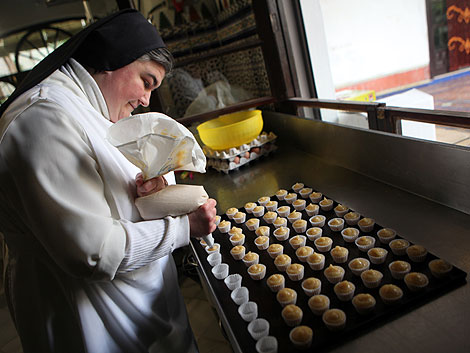 Many people in Granada meet every 31st December a few hours before midnight at Plaza del Carmen to welcome the New Year within a nice atmosphere of performances, live music and fireworks. They say goodbye to the finishing year with the Spanish tradition of the twelve grapes to the sound of the bells from the city hall’s clock. 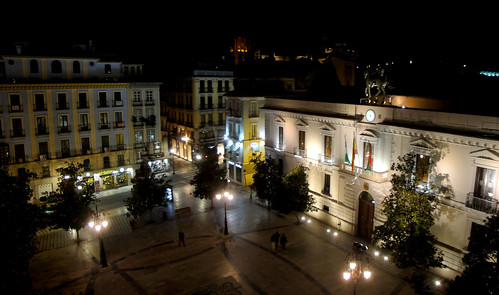 In Spain, all the children are looking forward to the last day of Christmas, the 6th January, because this is when they will wake up and they will get their Christmas presents. In order to anticipate that special date with illusion and happiness, on 5th January the evening it takes place the popular Parade with the Three Wise Men and some other children world’s character on their colored and bright floats accompanied by music performances and throwing sweets into the air.
Granada is a place that everybody must visit at least once in their life just to walk through its History and discover the Alhambra and many other places in the city. Come to enjoy a special Christmas holiday immersing yourself in the traditions of this beautiful city and have a great stay with all the comfort offered by Genteel Home.