The exposition ‘A su imagen. Arte, cultura y religión’ in the Teatro Fernan Gómez of Madrid

The Teatro Fernan Gómez of Madrid receives from 18th November 2014 to 12th April 2015 a cultural event which combine some Murillo, Goya, Collantes, José de Ribera and Rubens works, among others. This singular project, performed in the Teatro Fernan Gómez of Madrid, shows a series of paintings and sculptures, whose the religion is their main subject.
The Museum conservatives, where these exclusive works are from, have chosen them with the goal of showing how the relationship between religion, specifically Christianity, and people was illustrated. All the paintings reflect the beliefs of the moment when they were done by the artists. As well, they show situations which have been described in the Bible like, for example, to Adan and Eve.
The exposition ‘A su imagen. Arte, cultura y religión’ in Madrid is a meeting among some different oil painting techniques and some different ways to conceive the same concept; the vision and the thinking of each artist are into their works. 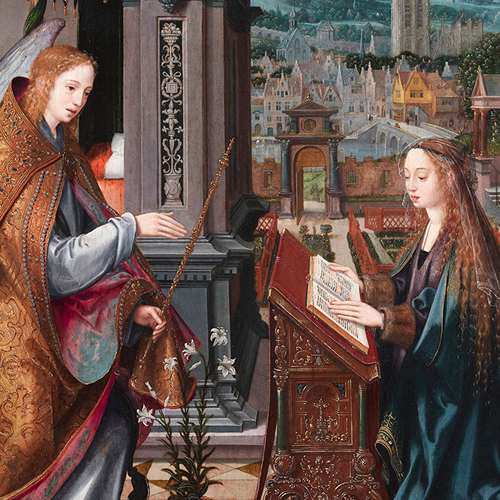 Horarios:
-Expo opened from Mondays to Thursdays: 10 am to 08 pm.
-Expo opened from Fridays to Sundays: 10 am to 09 pm
Tickets:
-Normal Ticket: 7 €
-Reduced Price Ticket: 5 € (more of 65 years-old, students, “carnet joven” –student carnet-, Amigos del Teatro –Friends of the theatre-, handicapped and partner, large family, childrens from 6 to 12 years-old, Asociación Española de los Castillos -Spanish Castle Asociation-, Hispania Nostra Asociation).
-Group ticket: 5 € (from 10 people to 30 people, at most)
-Free ticket: children lees than 6 years-old, for the teacher of a student group, for the guides of a student group, unemployed (for the guides and the unemployed, they must have an accreditation).
Ticket booking + guide tour (20 people at most): 100 € + tecket price (7 € for normal ticket, 5 € for reduced price ticket)
To book a ticket or a guide tour:
-By Internet: http://www.asuimagen.es/#obrasestrella
-By e-mail: a visitasguiadasasuimagen@gmail.com
-By calling: (+34) 669 600 050.
Group booking:
-By calling: (+34) 902 55 78 61 (from Mondays to Sundays: 9 am to 8 pm)
-By e-mail: a cav@stendhal.com (name, surname, mobile telephone number and how tickets).